The days of “traditional” TV aren’t exactly gone, but things are a lot different today than they were even five years ago. AMC is one of most recent companies to launch a streaming service, calling it AMC+. This is the latest offering from AMC, after we saw the launch of AMC Premiere back in 2017. Although Premiere is still available, AMC+ is the companies flagship streaming option, offering access to some of the best shows on television.

AMC+ launched back in June 2020 by AMC Networks and is described as a “premium streaming bundle”. According to the AMC+ FAQ, the service includes different channels including AMC, BBC America, IFC, and Sundance TV. With an AMC+ subscription, you’ll also get access to Shudder, Sundance Now, and IFC Films Unlimited.

AMC does point out that this is different from AMC Premiere, although you’ll get everything that Premiere has to offer, along with even more content to stream. And the best part is that you are provided with ad-free experience when watching content from AMC+.

How much does AMC+ cost?

The cost of AMC+ depends on what streaming service you find yourself using. If you are using the Amazon, Roku, or Apple TV channels, then you’ll be paying $8.99 per month. However, those who bundle AMC+ with Sling’s Orange or Blue streaming subscriptions, or want to add it to YouTube TV, the price is just $7 per month for those.

Where can you watch AMC+?

This is a little bit of a weird one as there’s no dedicated AMC+ app on the iOS or Google Play Store. If you are already a Sling or YouTube TV subscriber, you can just watch AMC+ through the accompanying apps. However, those on something like Amazon or Roku, have to go a different route. For example, here’s how to watch AMC+ on your phone using Amazon:

After you’ve finished signing up you’ll be able to watch anything from AMC+ right from the Prime Video app. It’s a bit of a pain, as we would like to see a dedicated AMC+ app, or at least integration with the existing AMC app on the Play Store. But at least you can still watch AMC+ content from your phone.

Truthfully, if you aren’t subscribed to Sling or YouTube TV already, the easier method for watching AMC+ content is through your favorite streaming device. When using an Amazon Fire TV Stick, Roku, or Apple TV, you can just download the AMC+ channel and enjoy everything from the comfort of your couch.

How to get AMC Plus for free

As is the case with many other streaming subscriptions, there’s no “sure-fire” way to get AMC Plus for free. However, when you sign up for the subscription for the first time, AMC Plus offers a free 7-day trial before charging you anything else. This gives you a chance to get your feet wet, while deciding whether this is worth adding yet another subscription to the already-mountainous pile of subscription services.

If you’re a Verizon Wireless or Fios Subscriber 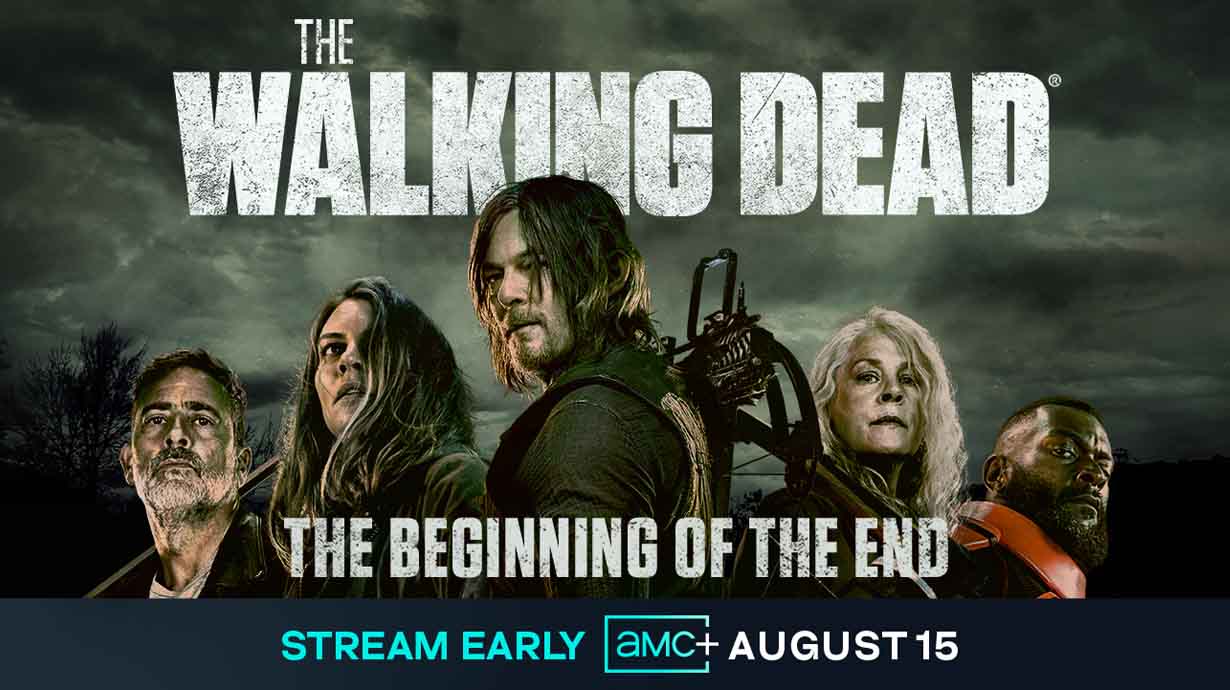 There is a way to get AMC Plus for free if you are a Verizon Wireless or Verizon Fios subscriber. The company recently announced a new promotion that will net you up to 12 months of AMC+ for free, provided that you fall within a couple of the guidelines. Here are the pre-requisites needed in order to get AMC+ for free if you’re a Verizon Wireless subscriber:

After the 12 month freebie has concluded, then the $8.99 monthly subscription will be automatically added to your Verizon Wireless or Fios bill. But you can always go and cancel that if you decide that you don’t want to hold onto AMC+ after The Walking Dead has concluded.